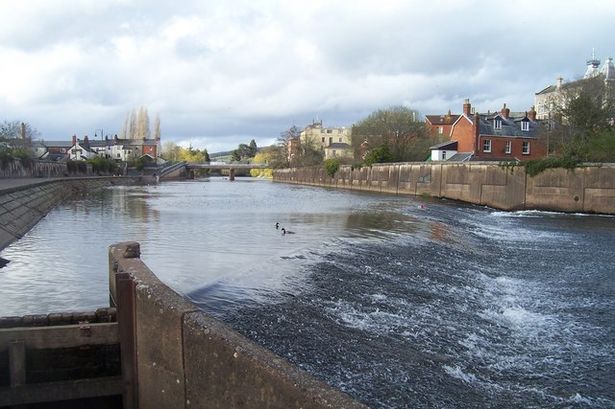 Language is a treasure chest, full of jewels: history, philosophy, humour, politics, sex, literature, natural history ….. It is a chest full of wonders but it has some horrors in it too. I want now just to run my fingers through a few of those jewels, let some of those wonders trickle through my fingers and before your eyes.

Language is composed of symbols – spoken words, then squiggles to represent those words on stone, wood, paper and electronic screens. In visual interaction, those symbols are accompanied by other symbols such as facial expression, hand gestures, bodily posture, tone, pitch, volume, emphasis …. yes, and chemical emissions. Different languages — sophisticated whole systems of symbols – have been developed for communication of information and recording but not only for those: for expression of emotion too. And each carries the history, philosophy etc of the particular culture that gave rise to that language and often many other cultures too. In turn, language comes to leave its imprint on the speakers of the language, to mold their very minds to some extent, shaping their culture. So when a language dies, much more dies than just a system of recording and communication.

We can see residues of Irish and the Gaelic culture in the way Irish people speak English, even those who have not been Irish-speaking in generations. We go to see a filum, sweep with a floor brush instead of “a broom”, reply to a question with a positive or negative of the same verb (will you go? I will/ I will not). Or we might have a thirst on us and go to a pub if the humour was on us. That pronunciation of an imaginary vowel between the ‘L’ and the ‘M’ is a residue of the Irish language and having physical and emotional feelings being on us, instead of having them, as in standard English, are the ghosts of expression in Irish. When other cultures are happy to thank us a thousand we say thanks a million, not because we are a thousand times more thankful than every other culture but probably because a million sounds like the Irish word for thousand, míle, from Go raibh míle maith agat.

Recently I was reading a novel, mostly based in Exeter, a city in Devon, SW England and I learned that the city’s name is derived primarily from the river Exe, with the ‘ter‘ being part of the noun ‘ceaster’ which meant first a Roman military camp (caster) and later, a town. Many place-names in England contain that ‘ceaster’, ‘caster’ or its variant ‘chester, for example “Lancaster” and “Manchester”.

Of course, with regard to the ‘Exe’, I could not help but think of ‘uisce’, the Irish word for “water”. And I’ve known for some time that Devon and Somerset have a great many megalithic monuments (more than Ireland even I read somewhere) and that nearby Cornwall has a surviving Celtic tongue (though spoken by few today). Anyway, I did a little digging with the help of the Oracle of Delphi, which today goes by the name of Google (which by the way in a short space of time has become an internationally-recognised noun and verb!).

The Wikipedia entry for Exeter tells us that the river Exe in the name of the city is from Old Brittonic, a Celtic language and means “ ‘water’ or more exactly ‘full of fish’”. Well that sounds pretty much like the meaning of the word “uisce” in Irish, which is also a Celtic language. But the Wikipedia entry for the river itself, as distinct from the town, says that the word “comes from the Common Brittonic word ‘iska’” meaning ‘water’ etc. But then the entry goes on to make the extraordinary claim that the word is unrelated to the word “whisky” while at the same time stating the latter word comes from classical Irish/Gaelic “uisce beatha” (‘water of life’). But since the Brittonic word for the river means ‘water’ and the Irish ‘uisce beatha’ (which became ‘whisky’) means ‘water of life’, then the two words exe and uisce are obviously not only closely related but almost exactly the same!

Perhaps the entry meant something else and merely expressed it badly.

However, I am grateful to Wikipedia for drawing my attention to the connection between the Celtic words for ‘water’, ‘river’ and ‘fish’. Because the word for ‘fish’ in Irish is of course ‘iasc‘ which is not a million miles away in sound from ‘exe’ or even ‘uisce’. And if we were to stick the letter ‘P’ before the word ‘iasc‘, which the Gaels would never do, given that they avoided that letter and sound whenever they could, we would get the word ‘piasc‘, quite like the plural word for fish in Welsh, ‘pysg‘. And of course sisters of this word can be seen through some of the Romance languages, which in many ways are close to the Celtic: pez in Castillian, peixos in Catalan, peixe in Portuguese, pesce in Italian. And of course, for the astrologers, Pisces (Pis-kays) from the Latin, the star sign of the fish.

Now, the Greek word for ‘fish’ is psari, not all that similar (although it begins with the letter P too) but here’s a weird coincidence: the Greek name for the fish symbol used by early Christians, which is supposedly based on the first letters of the Greek words for Jesus, anointed, son, God and saviour ….. is the ‘ichtus‘. And the sound of ichtus is not a million miles away from the sound of iasc!

Anyway, back to Exeter, probably a Celtic settlement in a Celtic land by a river with a Celtic name, in a Celtic language, later a Roman town (perhaps preceded by a Roman military camp) with the word for ‘town’ coming from Latin, then overlaid by Saxon language.

“Old Brittonic” is the name given by philologists to the Celtic language once spoken all over Britain and of which the remaining survivors are Welsh and Cornish and, on the European mainland, Breton in Brittany and some words in Gallego in Galicia. Philologists call that branch of the Celtic languages ‘P-Celtic‘ because of its many old words beginning with the letter “P” which in Irish and other Goidelic or Q-Celtic words (Manx and Scots Gaedhlig) begin with the letter “C”.

Exeter is an old place name in Devon and old place-names – as distinct from new ones like “Sea-View” used by property merchants to sell housing estates – tell us a lot about the history and culture of the people who named them and, often, something about their past in nature (for example all the places named after trees in this now-deforested Ireland).

Twenty-six, more than half the names of the 50 states that form the USA, are formed from Native American words or phrases. The original Americans, dispossessed, so many of them wiped out and a very small minority remaining in their ancestral lands, must find it hard to insist on the usage of their own place-names. Yet many have survived – European colonisers learned the names from the natives and for convenience continued to use them in their European languages so that they have now become US English words.

Of the Anglicised names of the 32 Counties of Ireland, only three are not of Irish origin – and the “English” names of those three were given to them by the Vikings. We are surrounded by the signs of our native language and culture but, for most of us, also cut off from them. This is hard to justify since unlike the Native Americans, for the most part, we have absorbed the invaders and we remain the majority on our land.

And yes, “Britain” and “Britons” were words associated with Celtic culture, derived from Praetani or Pretani, meaning “the people of Britain” and perhaps once a dominant Celtic tribe. Yes, and “Scotland”, it turns out, referred to a land in the north of Britain colonised by the Irish, to which they brought their language which has now developed into Scots Gaedhlig. And in the Middle Ages, a “Scotus” (Scot) was more likely to be an Irishman than what we today call a “Scotsman”.

And the “Scots” language of the poetry of Robbie Burns, including its practically extinct variant “Ulster Scots”, is actually based on German from Saxony and, except for some words, not Celtic at all!

Yes, it can all be a bit confusing. But interesting too.