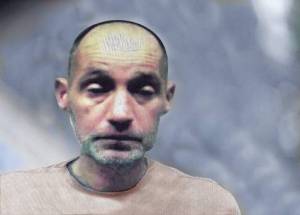 Jonathan (“Johnny) Corrie, a homeless man of 43 years of age, was found dead early on Monday in Molesworth Street, very near to Dáil Éireann (the Irish Parliament),  He was a drug and alcohol misuser and the cause of death has yet to be established.

MANY PEOPLE THINK THE WAY TO AVOID DEATHS LIKE THIS IS TO HAVE MORE HOSTEL BEDS FUNDED. THEY ARE WRONG.

More hostel beds might help but they might not. There are many types of hostels — I have worked in some of them and managed three at different times. A hostel that opens at a certain time (not one of the type I managed) and operates a first come, first served policy, often cannot be accessed regularly by a person with a chaotic lifestyle. A hostel that does not accept drug or alcohol misusers would have been no good to Jonathan Corrie — the hostels I managed did accept them. Behaviour in a hostel might be an issue — one of the hostels I managed was for street drinkers and they were permitted to drink in the hostel. We developed a system of short-term sanctions for managing problematic behaviour and managed to hold on to many who had been barred from many other hostels.  But even so, we did occasionally have to evict and impose a ban for a period before we would consider re-admittance. At least one of those, readmitted a number of times, died months later on the street.

Some people are assuming that this person died of the cold; he may have done but he may have died from a number of other causes. Presumably there will be an autopsy. For drug misusers, the most common causes of accidental death in my experience have been overdose or liver failure through hepatitis. Overdose most often occurs when the drug strength is unpredictable and suddenly goes stronger than the person has been used to (for example, purer product or the person has just come out of prison), or when the drug is combined with others, which may include alcohol. Practically all cocaine overdoses have been in combination with alcohol.  I understand that at the moment some drugs being injected are a mixture of previously-know drugs and other, newer ones, including some from other parts of the world that are usually chewed rather than injected.

If drugs were available on prescription, the quality would be consistent. [By the way, that would also cut out the dealers and the need to collect high revenue to pay for the habit, whether through theft, prostitution or begging.] If needles and other equipment were provided, drug users could cut down on their chance of infection. If supervised premises for injecting, including hostels, were provided, they would hugely reduce the number of infected people. The first and third of these are illegal under the laws in this state (although in London I managed a hostel where drug users could inject in their own rooms) and very few politicians are prepared to stick their neck out and support it, EVEN THOUGH THEY KNOW THAT MOST PROFESSIONALS IN THE FIELD SUPPORT THESE MEASURES (well, most I have met anyway). Needle exchange projects are few and very far between, through lack of funding and “not-in-my-backyard” pressure. The prevalent attitude towards drug use and misuse in Irish society, including among many who have a revolutionary attitude towards the State, ensures that no change will come about yet with regard to adequate and effective provision for drug users.

Lastly, among all the discussion about “addictive personalities” and “gateway drugs”, one also has to look at environmental factors and early life experiences, if one wants to see the causes of addition and seek solutions. Perhaps there will always be a few who develop an addiction, now matter how good the society and family background, schooling etc. But it is a logical assumption that a society based on the greed of the few, alienation and cultural impoverishment of the many and economic impoverishment of a section is likely to increase the numbers of people who seek excitement or escape through alcohol or other drugs and leave themselves open to developing a substance addiction.