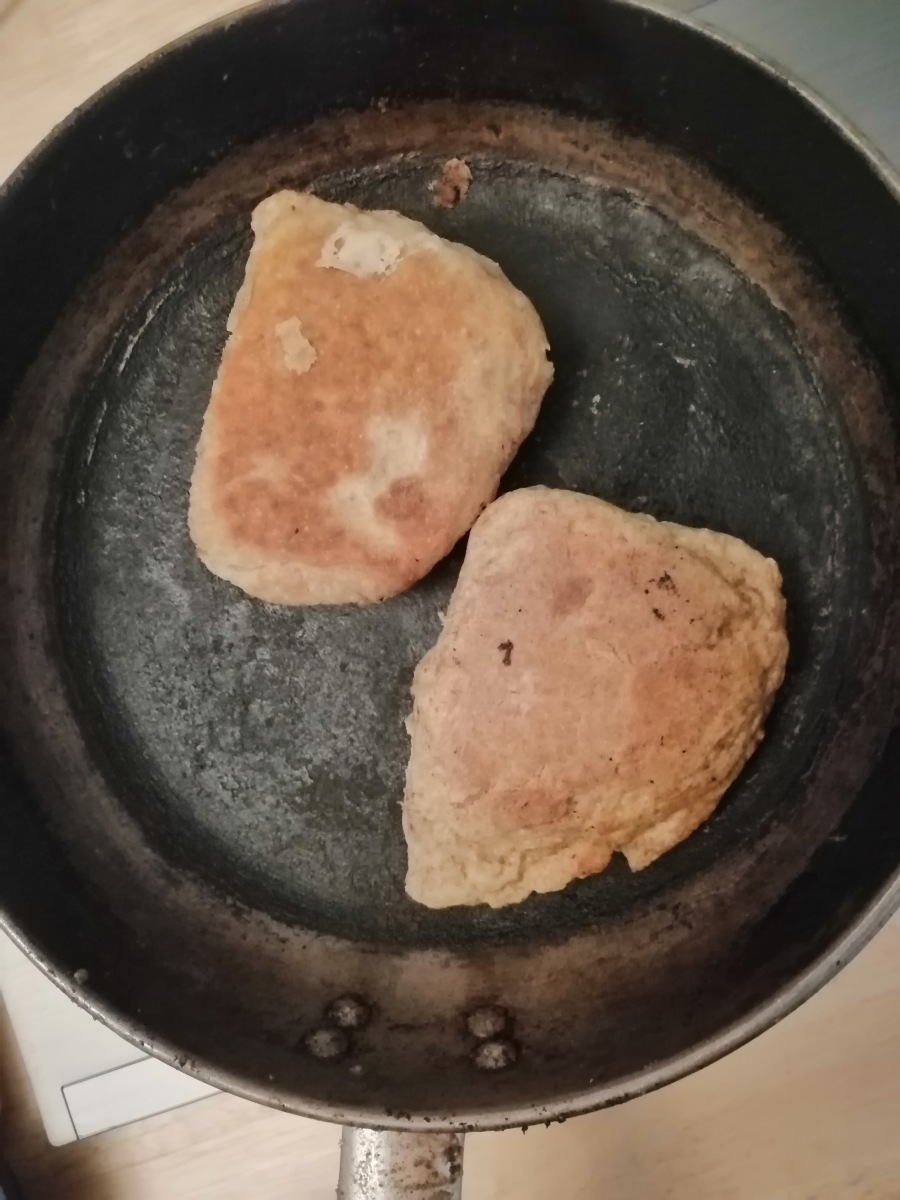 One of the consumables most regularly needed in households is bread. In the present circumstances it may not be so easy to purchase some and also going to shops and bakers entails a certain amount of health risk. However, we can make soda bread at home easily enough and have fresh, healthy bread daily.

Soda bread, brown, white, with and without dried fruit, is a traditional Irish bread and for decades was the daily bread in the rural areas. This is not a traditional recipe.

Apart from a source of sufficient heat, we will need

And since milk is another consumable that needs replenishing regularly, we can use it when it is ‘going off’ or dried milk powder instead.

We will need also some kind of mixing bowl, a strong metal fork and a heat-resistant receptacle.

The following directions are for making small amounts of bread at a time, not in ovens but on top of hot plates or gas rings. The heat-resistant receptacle will be a frying pan or wok. In order to contain the heat sufficiently for long enough, we will also need something like a curved lid (the dough will rise or expand).

I am going to describe two variations in preparing the dough, one needing a board to work it on and another straight from the mixing bowl to the heat.

1. Type without working the dough:

Wholemeal flour and oatmeal (as for porridge) are healthier than white flour (which should be plain, not self-raising) but white gives a lighter bread and is cheaper than wholemeal, because it is easier to keep. I mix one half mug of wholemeal to one mug-and-one-half of white plain, with a quarter of oatmeal.

Add a little milk at a time as necessary until you get used to knowing how much is needed. When using dried milk, we can mix it in the flour dry and add water as we mix or mix it in advance to make liquid milk; in this case every single ingredient can be a dry food with a preserve (if using vinegar).

In Ireland, I prefer to use established brands like Odlums or Flavahan’s, rather than supermarket brands, even though the latter are usually cheaper.

The bread tastes better if made daily but to keep fresh, place inside a paper bag inside another of polythene and slice as needed.  Making smaller amounts at a time, it is easier to judge the heat and time, otherwise one may find that the bread sounds hollow when tapped, as though cooked through, but at the centre there is still a mushy part.

The most taxing part of the process is the mixing the dough which is wearing on the wrists and men, known to generally have stronger wrists (no bawdy comments please) can at least carry out this part of the process and, having done so, sure might as well see the whole thing through.