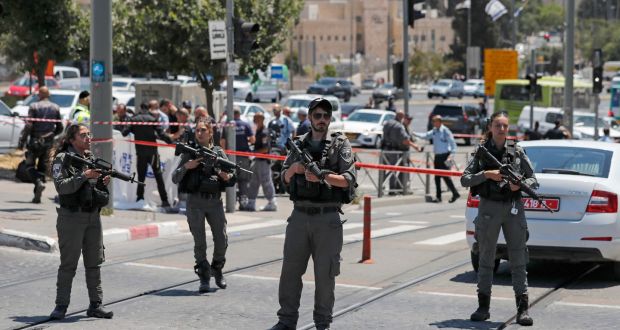 I recently refused to sign a letter/petition to Irish Americans asking them got get President Biden to look at the “Irish peace process” as an encouragement to for whatever he was to do in Palestine. I was shocked at some of the signatories I saw on this, never imagining that they would support such sentiments.

But as for this article, I agree entirely. I know neither of the authors but for what they have written here I commend them with all my heart. “No justice, no peace” is not just a slogan or a wish but absolute 100% reality.

This is indeed a good article but hardly brilliant — it is pretty much what many have been saying for years about Ireland but marginalised by the authorities and those that bought into the “process”. It IS ‘brilliant’ — and very surprising — that the Irish Times published it.

I concur completely with the authors’ view on Ireland and Palestine and would add every other place on this globe where the imperialists spread that disease they call “peace processes” and, by the way, the Palestinians have already had one dose of it in Madrid and Oslo which hurt them badly and from which they are still working on their recovery. So it is not only misleading but incredibly patronising to say that “it is time the same happened in Palestine” as that letter/ petition did.

The Palestinian movement under the leadership of Al Fatah got conned into this pacification process shortly before the did Irish under the Provisionals. Al Fatah did not get independence or their land or the return of the refugees from the deal but they did get their own colonial ‘home rule’ (the Palestinian Authority) which they ran with nepotism and corruption. The Intifada (Palestinian uprising of civil disobedience, street protests and riots) followed when it became clear nothing fundamental was going to change.

In the first elections afterwards for that colonial home rule in 2006, the normally secular-voting Palestinian public overwhelmingly rejected those they had supported for decades, Al Fatah and voted instead for Muslim fundamentalist Hamas. For the simple reason that it looked to be the only organisation of any size that was going to fight for the Palestinians and not be bought out. Let’s nail that media lie right now: Hamas did not “seize power in Gaza” — they won overwhelmingly in the whole Palestinian territories. It was Al Fatah that tried to seize the power they had lost in the elections — they were allowed to do so on the West Bank but not in Gaza where, after a short and brutal battle, Hamas took the seats which the population had voted them. Whether we dislike them or not, they were the people’s democratic choice. And very likely would be again — it’s just that elections since then have been put off, put off and put off again by Mahmoud Abbas and his supporters, probably in fear of a repeat.

When one resistance movement or organisation fell to the infection of the pacification processes, it was used to try to infect others. So the ANC and Al Fatah representatives attended Provisional Sinn Féin Ard-Fheiseanna (annual congresses), PSF got in with the Otegi leadership of the Abertzale Left in the Basque Country (along with Tony Blair, Bertie Ahern, Kofi Annan and South African players), the PSF and others sold it to the FARC in Colombia, to the Kurds and tried to sell it to the Philippines, Sri Lankans and the Indian movement. None of those last three bought it and are still fighting on, except for the Sri Lankans who were massacred, raped and tortured. The Turks weren’t interested in a deal with the Kurds and the Spanish state didn’t even relocate the Basque prisoners to prisons near their homes, not to speak of releasing them. South African blacks got the vote but in continuing poverty in a very rich state run by the same imperialists and settlers but with corrupt African politician-businessmen sharing in the booty. Colombia got ongoing oppression, repression and shooting of human rights and social campaigners by state-sponsored murder squads.

NOBODY, but NOBODY ANYWHERE got what the people had been fighting for — nor anything near it. But they did get subornation, corruption and collusion among their leadership and fragmentation in their own movement.

The authors of the Irish Times article are absolutely right and “No justice, no peace” is not just a slogan or a wish but absolute 100% reality.