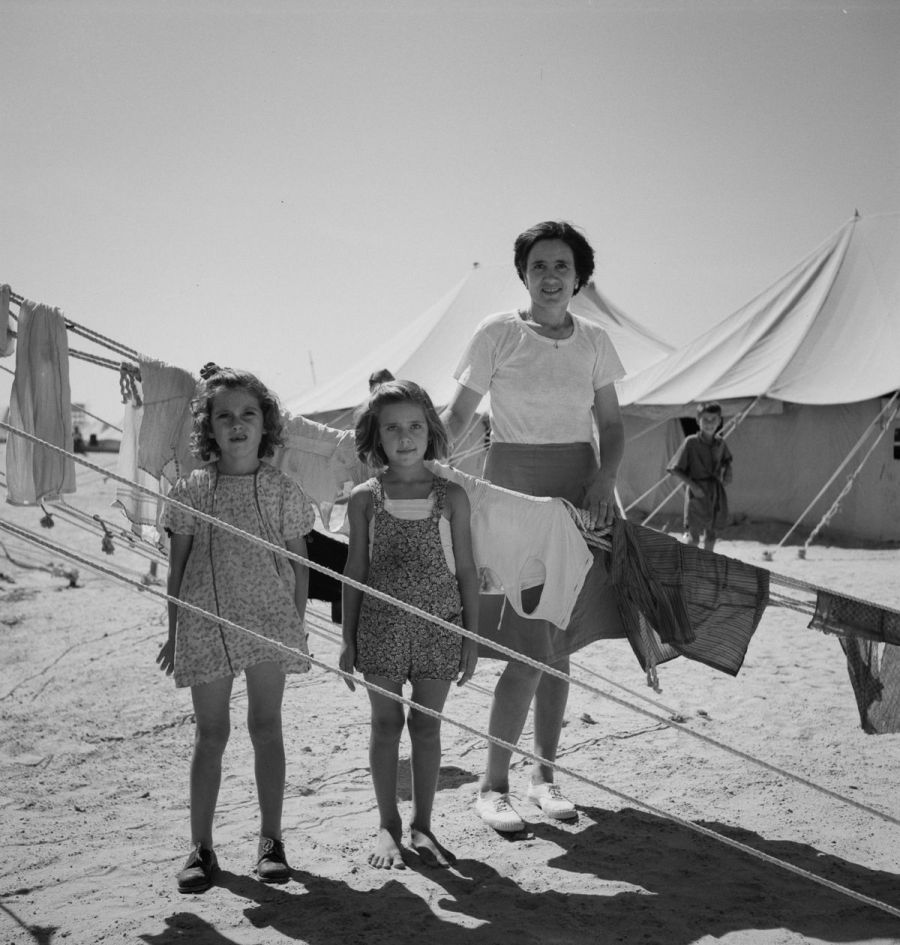 Greece today suspended the right to asylum. An unprecedented measure in the history of Europe.

How soon we forget. During World War II, thousands of Greeks crossed the Mediterranean in the opposite direction and sought refuge in Middle Eastern countries. That was the most accessible route of escape from Nazi troops.

A program called “Organization for Refugees in the Middle East”, launched in 1942 and led by the United Kingdom, helped tens of thousands of Greeks, Poles and Yugoslavs escape eastbound.

The refugees were taken to camps located in Syria, Egypt and Palestine. The city of Aleppo, (yes, you have not misread, Aleppo) became one of the main reception centers.

A number of official reports on the state of the camps were written in March 1944. A study conducted by Public International Radio includes the protocol for the entry of refugees and their daily lives:

“Once registered, newcomers made their way through a thorough medical inspection. The refugees were heading to what were often makeshift hospital facilities, usually tents, but occasionally empty buildings reused for medical care, where clothes and shoes were removed and they were washed until the authorities believed they were sufficiently disinfected.

“Some refugees, such as the Greeks who arrived at the Aleppo camp from the Dodecanese islands in 1944, could expect medical inspections to become part of their daily routine.

“After medical officials were satisfied that they were healthy enough to join the rest of the camp, refugees were divided into homes for families, unaccompanied children, single men and single women. Once assigned to a particular section of the camp, refugees enjoyed few opportunities to venture outside. From time to time they could leave under the supervision of camp officials.

“When refugees in the Aleppo camp made the multi-mile trip to the city, for example, they could visit shops to buy basic supplies, watch a movie at the local cinema, or simply distract themselves from the monotony of country life.

“Although the camp at Moses Wells [in Egypt], located on more than 100 acres of desert, was not within walking distance of a city, refugees were allowed to spend time each day bathing in the nearby Red Sea. “

The “Organization for Refugees in the Middle East” was part of a network of refugee camps around the world that were administered by governments and international NGOs.

Have we forgotten so quickly?

2 thoughts on “WHEN WE EUROPEANS FLED AS REFUGEES TO SYRIA”