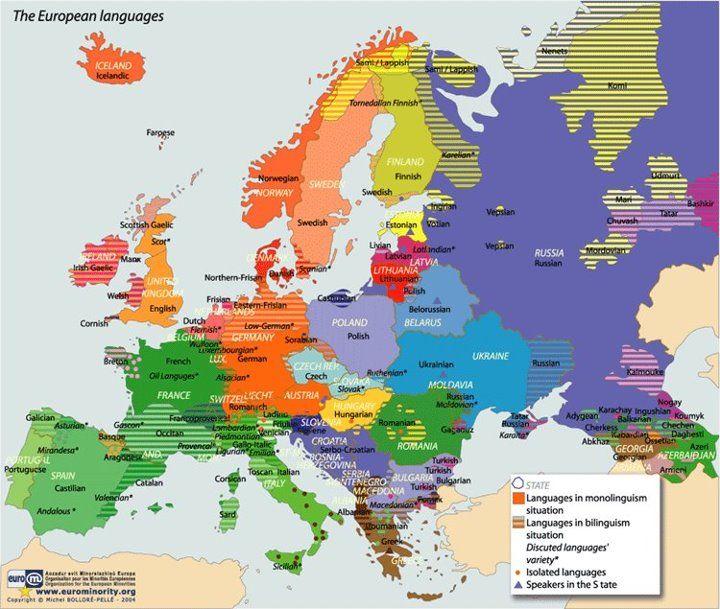 Language is a Treasure Chest IV

There is a tendency to think of Irish as some kind of an isolated language in Europe, an anomaly, out on the margins of continental language development. Despite how much the language has been reduced through centuries of English occupation and a century of the Irish State, this is a very mistaken assessment, as examination of some features of the language will show.

In Irish, all but two of the words1 necessarily used to ask question begin with a “k” sound:

Of course, English-speakers will note immediately the difference between this and English, where the words denoting questions begin with a “w” or a “h”. And they might remark that they share this with some other European languages, in the Germanic group, where the question words also tend to begin with a “v” or a “w”. The exception is the use of the verbs “to do” and “to be” in asking a question, viz. are they there? will you go? have you been? did they do it?

But it is the Irish language more than the Germanic ones which are most at the heart of European language development.

Irish is a branch of the Celtic languages that philologists describe as Goidelic (also “Q-Celtic”): Irish and its derivative languages of Scots Gaelic and Manx2. The “K” or “Q”-sound in most questions is a feature of all three, which is not surprising. However, it is also a feature of the Romance group of languages, as the following table shows:

So Irish shares the same consonant sound for question words with a large number of major European languages. But not only that. It does so with major South Asian languages as well, as in Hindi (widely spoken in India) and Urdu (Pakistan) also! (Not only that but, along with the “tch”-sound, in Iranian and Kurdish also!)

When one sees all that one is not surprised to learn that most European languages are grouped together by philologists into the “Indo-European group”3 of languages, with a believed ancestor language in India. And Irish clearly shows that inheritance.

A EUROPEAN AND WORLD LANGUAGE

Asking questions is an essential function of language and of learning; all but one of the question words in Irish show a close relationship to all the Romance languages of Europe, demonstrating that Irish is a European language with central features in common with a great number of other European languages, including the official languages of three major states of Europe: France, Italy and Spain.

But Irish clearly shows also its links with the languages of India and Pakistan, major languages of the South Asian subcontinent. Irish is therefore part of an important wider group of world languages.

1The exception is the use of “an” preceding verbs (“ar’’ also preceding all verbs in the past tense), viz. an í (is she?); an bhfuil (is there?); an bhfuair (did receive?); ar rith (did run?) etc. See also in the following paragraph the use of verbs in English to ask questions which, combined with an interrogative note, is also a feature of Romance and other languages, viz. vas a comer? (are you going to dine?). Or in German (and English), reversing the order of verb and pronoun, as in du wirst trinken (you will drink) to ask wirst du trinken? (will you drink?).

2The Brittonic (also “P-Celtic”) is the other branch: Welsh, Breton and Cornish, where most of the question words begin with a “p” or a “b”-sound.

3The major exceptions are Euskara (Basque), believed to be an original European language going back to the neolithic era and Hungarian, Finnish and Sami, which are believed to be historically later arrivals in Europe.

For question words in languages other than Irish, Castillian (Spanish) and English, I have used a mixture of online phrase pages for tourists and/or learners in addition to Google Translate (regretfully I was unable to complete a list for Sardu – Sardinian).

2 thoughts on “IRISH: AT THE CENTRE OF EUROPEAN AND WORLD LANGUAGE DEVELOPMENT”