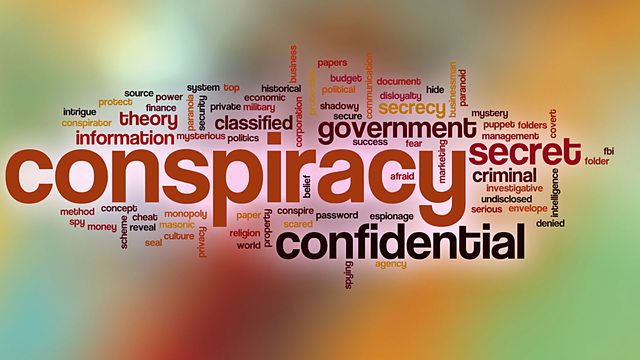 Conspiracy theorists get laughed at which, since some of the theories are indeed laughable, seems fair enough. Conspiracy deniers, on the other hand, get an easy time of it, which is a pity – because there are conspiracies going on. All of the time.

Then there’s simple convergence of interests, which give rise to conspiracies but can also operate independently.

A current example of convergence of interests: The EU and all its constituent governments decide that the struggle between Catalonia and the Spanish State is an internal matter for the Spanish ruling class and can they please sort it out without dragging most of Europe into the mess? In fact, if they don’t sort it out, it endangers a number of key players in the EU and, inevitably, the EU itself.

As the current President of the EU Commission, Jean-Claude Junker reminded everyone on the question of Catalonian independence in 2017, there are member states of the EU other than the Spanish one that are vulnerable to the same kind of ‘problem’, i.e that of a bid for separation and independence of some part (or parts) of the state in question.

And if we look at Europe outside the Spanish State, we can see what he might have meant. There’s the French state, which contains within it three provinces out of the seven of the Basque Country, a part of Catalonia, also Brittany, Occitania and Corsica. Each of those regions was at one time an independent kingdom or part of a kingdom other than that of France; each also has its own language and each has struggled against French domination at some time or other.

Italy is a state with huge differences between its north and south, a composite of many different parts that did not come under one state rule even formally until 1871, at which time the spoken language of one region could hardly be understood in another. And there is Sardinia, still with its own language and currently engaged in another struggle for independence.

The UK is in the process of ceasing to become part of the EU now but it is still a part of the pattern of alliances (and hostilities) that forms part of modern Europe. And the UK contains the Six Counties of Northern Ireland, not long out of the three-decades guerrilla war, also Scotland with a strong popular movement for independence. In addition the Celtic nation of Wales was subjugated but still has a strong language movement and there are some stirrings of nationalism in the Celtic nation of Cornwall.

Belgium is a united state but containing the French-speaking Waloons and the Dutch-speaking Flemish and, although both languages are officially recognised, as polities, the two groups don’t get on very well together.

Even the separation of Catalonia from the Spanish State’s territory on its own would be bad enough from the point of view of EU leaders – but it could also precipitate the separation of the four southern Basque provinces, also of Galicia and Asturies. Which would certainly attract the interest of the southern regions of the French state.

In summary then, a successful bid for independence by Catalonia would start an “infection” (which is what Borrell, the Spanish Foreign Minister to the EU called Catalan independentism) which has the potential to cause the breakup of a number of major and medium states of the EU. And Junker also said that he didn’t want “an EU of ninety-nine states”. Of course not, such a union would be very difficult for the big European states to dominate and, in fact, those same European states would not be so big any more.

Conspiracy? Probably not – just convergence of interests. The ruling elites would have no need to get together, decide what they wanted their politicians to do, then have their various ministers sit down, formulate the policy of each state, have the foreign ministers of each get together and then inform the managers of the EU. The politicians have been trained and schooled, they know in general what their ruling elites want, without having to be told. They would react to Catalonian independence almost instinctively – with rejection. They view nationalism and independence, if it breaks up a rival power (such as the Eastern Bloc), as a good thing – but not in their own group!

However, conspiracies do indeed happen, of course they do – and often. We have just passed by the anniversary of a key point in one huge one, the point when the “Iran-Contra” scandal began to break, in early November 1986. And President Reagan of the USA said that “the speculation that the US has sold arms to Iran has no foundation”, which was of course a lie. Basically, the US sold arms to the fundamentalist theocratic regime in Iran but, due to a US Congress embargo on such exports there, had to do it through Israel. They did so for two reasons, one for money to fund a military terrorist campaign against the government of Nicaragua which the US Congress would not approve, second in order to seduce the Iranian military (as they have done with the Egyptian military) and having them overthrow the Iranian regime. And the US wanted the Nicaraguan revolutionary government overthrown because it was not aligning itself with US foreign policy in what the USA considers its back yard (and a major source of raw materials) and also because a successful state of the type which Nicaragua was (then) would provide a ‘bad example’ to the other states of Latin America.

The Israeli Zionist ruling elite went for the deal because they too hoped the Iranian military would overthrow the theocratic regime and bring Iran back under the western-imperialist umbrella, as it once had been so secure that the CIA had its HQ for the whole Middle East located right there (and got caught with its pants down, or its secret documents in the process of shredding). And besides, the USA is the No.1 supporter of the Israeli Zionist regime in the world (another example of convergence of interests).

But despite the convergence of interests between the ruling elites of the USA and Israel, along with former Nicaraguan military, right-wing groups (for terrorist personnel) and US client regimes such as Honduras (for Contra bases) and Panama (for drug money to also fund the Contras, apparently through the CIA to sell in California – another conspiracy theory), a conspiracy was necessary to execute the operation. This was because of the unusual nature of the arms deal, its illegality according to US (and presumably Israeli) law and the number of partners involved. And the silent complicity of the US mass media was necessary, at least until a CIA plane delivering weapons was shot down by Nicaraguan forces over their territory and an operative, Eugene Hasenfus, captured alive.

A COMMON KIND OF CONSPIRACY

Another example of conspiracy is that of price-fixing between big companies on given products. There have been a number of these exposed over the years. A conspiracy is necessary in this case because normally, the interest of big companies is to increase their share of the market over that of the competition. But at times, they perceive that it is in their joint interests to cease cutting one another’s throats and to regulate the prices of their products by agreement among themselves. Not only is this illegal in most administrations but it runs counter to the philosophy of capitalism, i.e that competition, instead of the cooperation advocated by socialists, is good for society. The fact that price-fixing is out of the norm of capitalism requires coming to formal agreement between the participants and the fact that it is illegal and undermines capitalist propaganda, requires secrecy – hence conspiracy.

However, most of what goes on in the world when government or other reactionary elements cooperate is probably just the result of convergence of interests, easily recognised by the participants.

A CONVERGENCE OF VERY DIFFERENT INTERESTS

Generally speaking, it is when their partnerships are put under pressure that the established convergence begins to crack; when one partner or another decides that the price of remaining in it is too high or that it’s time for sauve qui peut (everyone for himself). What can achieve that level of pressure is another kind of convergence of interests, that of the masses of wage-earners, small business people, peasants and indigenous people, recognising that by acting together, they can overthrow the existing system and set up an alternative that corresponds to their needs.

Concern about price-fixing in the insurance sector: https://www.independent.ie/irish-news/insurance-pricefixing-allegations-to-be-probed-by-watchdog-38405133.html

A case of price-fixing for contract bidding in Ireland: https://www.irishtimes.com/news/crime-and-law/sentencing-in-price-fixing-case-should-be-increased-to-encourage-whistleblowers-dpp-1.3515484

One thought on “CONSPIRACIES AND CONVERGENCE OF INTERESTS”