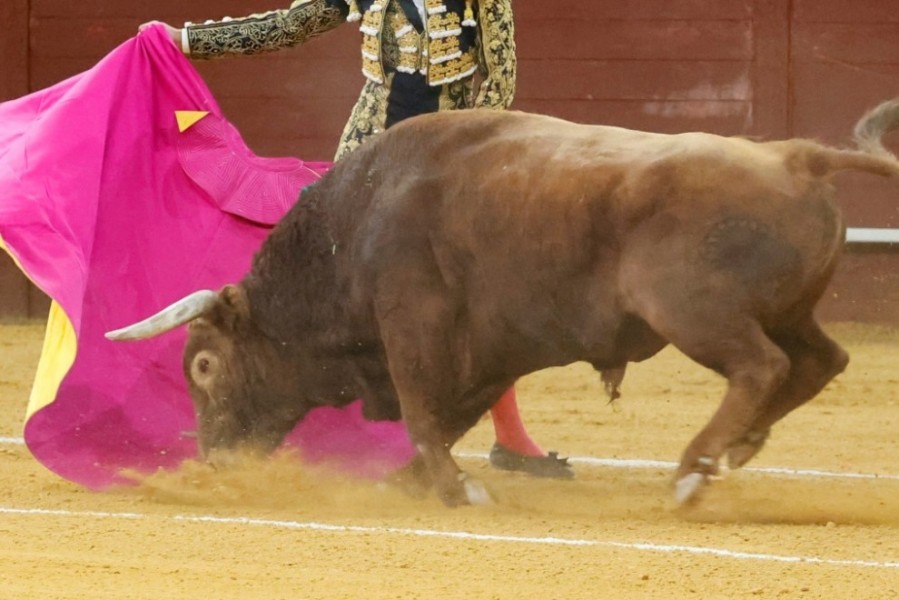 Fascist supporters of bullfighting in Asturias thought they were having fun by naming two bulls due to be killed “Feminist” and “Nigerian” respectively. But their racist and sexist joke-jibes backfired on them in Gijón (Xixón), cultural centre and largest city of Asturias, the celtic nation in the north of the Spanish state.

Bullfighting is generally supported by a traditionalist conservative constituency in Spain, including fascists, who often project it as integral to their image of Spain. On the other hand, the practice is opposed by large sections of the Left and those who want independence for their nations from Spain, such as Catalonia (banned some years ago) and three southern provinces of the Basque Country (where it was suspended for years but limited fights permitted again recently).

BULLFIGHTING IS ENDED IN GIJÓN

The El Bibio de Gijón bullring will no longer host the traditional Begoña bullfighting fair, as the City Council will not renew the licence of the bullring because it considers that bulls cannot be used to “deploy an ideology contrary to the human rights”.

“The bullfighting festival is over,” said the mayor of Gijón, Ana González, in statements to journalists, after stating that what happened in the last running of the fair this year, where two of the bulls from Daniel Ruiz’s cattle ranch were named “Feminist” and “Nigerian”, has caused great discontent among feminist and animalist associations and has precipitated a decision that was already in the pipeline.

“A city that believes in the equality of women and men, that believes in integration, in doors open to all cannot allow this type of thing,” said the Councilor before stating that “several lines have been crossed”.

González explained that the idea was to end the licence of the El Bibio bullring and later put an end to it, as contemplated in the resolutions of the PSOE congresses but these events have advanced the decision. For this reason, the Consistory will not grant a third extension of the concession signed in 2016 nor will it issue a new call, despite the fact that the payment of the successful bidder represents 50,000 euros per year for the city council.

“The bullfighting fair is over because it seems that too many things were hidden,” explained the Councilor, who argued that if the world of bullfighting is what was seen in the last run of the fair “it does not contribute much to a city like Gijón “.

“The Mayor indicated that in recent years the bullfighting was “clearly challenged” and that there were more and more voices calling for an end to the bullfighting fair in Gijón, a demand that has now been met.

“The names given to these two bulls which were fought by Morante de la Puebla last Sunday, August 15, in Gijón, generated controversy on social networks and have aroused complaints from feminist and animalist associations.”