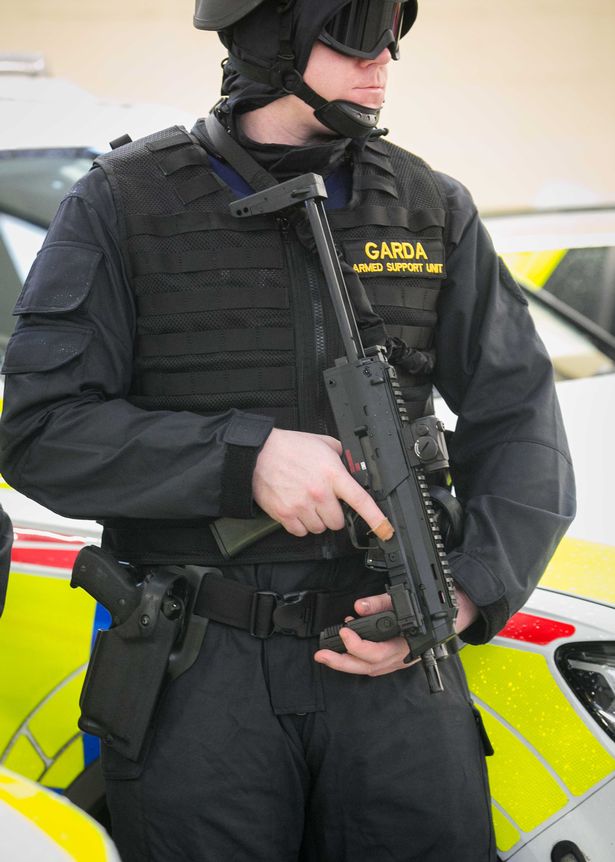 Last year, a Garda shot dead a man sitting inside a car who was harming himself with a Stanley knife.  In June 2019 the Department of Public Prosecution decided not to even charge the Garda who fired the shot.  What does this mean?

Since the evidence from witnesses (including his own colleagues) is that Garda A fired a deliberate shot at close range that killed Mark Hennessy through a closed window and that the man was not at that moment posing a threat to anyone (apart from himself), never mind a lethal one — how can we view this as anything but an on-the-spot execution by a Garda?  Since we are told that Gardaí are not authorised to carry out executions (and the State has abolished the death penalty), what can this be but MURDER?

It is useful to remember too that the founders of the Irish State deliberately resolved to set up the Garda Síochána as an primarily unarmed police force (in direct opposition to the armed colonial police forces that had suppressed Irish people in the past and continued to do so in the Six occupied Counties).

Not even charged?  For the moment, we need to forget about the fact that all the evidence points to the victim having murdered a child and hidden her body.  Killing the man could not bring her back (in fact might even have prevented her body being found but luckily the location was written on a piece of paper inside the car).

How can this killing be justified?  What possible legal reason can be given?  Dubious though it may be, the Gardaí who shot Mac Lochlainn (see below) at least claimed he had pointed a gun at them (interestingly, the officer who fired the fatal shot was himself killed a few years later in what was described as a firearm accident involving a colleague).  Well, in fact, in the Mark Hennessy killing NO REASON WHATSOEVER WAS GIVEN.  The DPP just “decided not to prosecute”.

If a Gardaí can decide when someone needs to die and act upon that decision, anyone might be a victim in future: political activist, whistleblower, personal enemy, mistaken identity ….

There have been a number of questionable killings by Gardaí, including the shooting dead of Real IRA Volunteer Ronan Mac Lochlainn on May 1st 1988.  Mac Lochlainn was driving away from a Garda Special Branch ambush of a robbery team when he was shot dead by the Gardaí.  The matter was not seriously investigated until 20 years later when the investigators decided for whatever reason to clear all the Gardaí involved, leaving many important questions unanswered.

Another incident that might have ended fatally occurred in 2005 between two drunken senior Gardai who got into a fight and pulled guns on one another!  A personal quarrell ….

One can see on any day in Dublin the vehicles of the Garda Armed Response Unit driving around the city.  Nor do they restrict themselves to the duties for which one might imagine Gardaí would need to carry arms.  They have been seen stopping cars in traffic incidents, driving through busy streets, surveilling political demonstrations and even on one occasion last year stopping to caution people demonstrating against internment in Temple Bar.

In 2014 they turned up at a protest against Irish Water in Clonmell.  On another occasion last year they turned up to dispute between a private landlord and two of his tenants in Dublin and at a separate housing occupation action in Cork.  Last year also they attended a farmers’ protest in Limerick.

Is the Irish public being subjected to an armed Gardaí normalisation process? Why are the DPP not being made to justify their decisions not to prosecute Garda perpetrators of homicide?  How long before another unjustifiable killing?

Shooting dead of IRA Volunteer by Gardaí in ambush: https://www.irishtimes.com/news/crime-and-law/garda%C3%AD-exonerated-over-shooting-dead-of-real-ira-raider-maclochlainn-1.3738624

Senior Gardaí in brawl pulled guns on one another: https://www.breakingnews.ie/ireland/gardai-sacked-after-drunken-embassy-brawl-287170.html