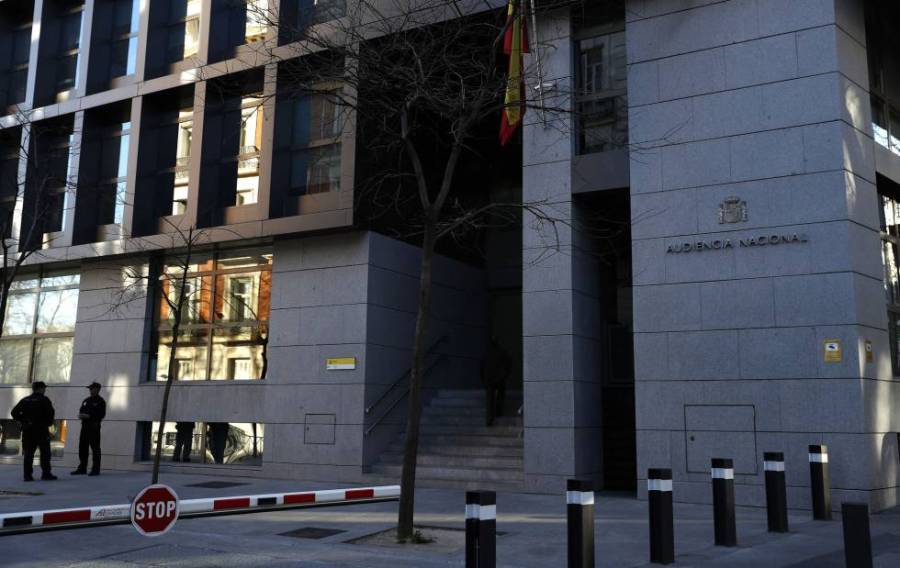 In September this year the Spanish newspapers were bleating that Catalans had been discovered preparing a terrorist attack with explosives — and some foreign media even picked up the reports. Nine alleged members of CDRs (Committees for the Defence of the Republic) were arrested under terrorism legislation while the media showed exciting footage and photos of a big Guardia Civil operation with police breaking down doors. Some right-wing Spanish newspapers even claimed to know the target of the “terrorist cell”. Five months later, no charges of possession of explosives have emerged and all but two have been released on bail.

At least 500 members of the Spanish State’s Security Forces and Corps took part in the well-publicised operation against the CDRs on 23 September. In the usual Spanish judicial disregard for the concept of “innocent until proven guity”, the National Court Prosecuting office and Spanish media declared that the arrested had “advanced plans” for attacks over the forthcoming days.

El Mundo (daily of the editorial line of the right-wing PP), for example, opened its paper edition with the headline “The CDR intended a terrorist attack in Catalonia ‘on D-Day’”. Seven of the arrested were sent to jail without bail and the scare-story of Catalan independence terrorists ready to attack ran like wildfire through news and social media. El Confidencial was able to go further and to disclose that the intended explosive “thermite” (which is not even an explosive) was intended to blow up a barracks of the Guardia Civil.

El Confidencial might have the scoop on the target but El Mundo scooped the actual date for the explosion: “on the second day of the Trial” (i.e of the Catalan independentists).

Another right-wing journal, carrying without any sense of irony the title La Razón (“Reason”) was able not only to confirm the target but to identify even more actors in the conspiracy, with their headline that “The CDR of Torra squeeze: they were going to attack a barracks with explosives”. Quim Torra is currently President of the Catalan Government and the most he has been accused of by the Spanish State is “disobedience” for delaying in removing yellow prisoner solidarity bunting from the Government’s building during the last elections.

Not to be outdone, another media with the unassuming (but surely at most aspirational) title of El Periódico, somehow knew that not only Quim Torra was involved but also Carles Puigdemont, who was over in Brussels.

Nobody can accuse most of the Spanish media of failing to appreciate fantasy and though such “reporting” may be laughable to us, it is sobering to reflect that this is what is being fed daily to the broad Spanish public and used to justify all kinds of repression against oppositional movements and even critical individuals.

Anyway, where is all this hysteria of a CDR bombing plot now, three months later?

Five of the seven members of what had been called ‘Technical Response Team’ have been released on bail coming up to the Christmas holidays; the first three on 5,000 euros bail, on December 20th. The National Court’s rationale was somewhat bizarre for a “terrorist” case, categorising two subgroups among the seven, one being the “producer” of the explosives, consisting of four people, and another the “executor.” So the Court released on bail those they considered to be the members of the “executor” team: Eduard Garzón, of which the Guardia Civil had stated that he was “the second most important member of the criminal organization”, Guillermo Xavier Duch and Xavier Bugas.

Just six days later, the National Court also released Ferrán Jolis, on bail of 5,000 euros, also stating that he did not belong to the subgroup responsible for the preparation of explosives. However, on the same day, despite opposition from the Prosecutor’s Office, another judgement ordered the release on bail of Alexis Codina on 10,000 bail. The Guardia Civil “investigations” had earlier declared Codina the owner of a “clandestine laboratory” where explosive compounds were prepared!

But wait a minute! So perhaps these were people low down in the terrorist organisation? Or even perhaps the police were mistaken about their involvement? But there WAS a terrorist cell, right? There were explosives found, right?

The National Court, with a special brief to deal with ‘national security crimes’, found many words to answer that question in a resounding negative: “The Court declares “the objective non-existence of explosives held by Mr. Codina” since it only found “precursors” of the thermite and also that the defendant has “documents with information to make explosives.”

Or in other words, no explosives. Or lots of other stuff you might find around a house or garage. Thermite itself is not even an explosive but combustible material, such as one might find in fireworks or flares, for example. Which, strangely enough, was what many Catalans were insisting back in September was all that the police had found. But who listens to Catalans, anyway? Especially pro-self-determination ones.

OK, OK, but a terrorist organisation was discovered, right?

The National Court had something to say about that: “The Court, at this time of resolution of an appeal against a precautionary measure, with a broad, but limited knowledge of the proceedings that are in ongoing investigation, without the existence of a previous criminal organization of a terrorist character thus judicially declared of reference, cannot issue a definitive judgment sufficiently founded on the nature or non-terrorist of the facts, or the existence of an organization that would have been constituted ex novo, nor from the point of view of its purposes, structuring, previous criminal manifestations, or degree of development in its possible conformation.”

So why are two Catalans still in jail and on what charges are the nine to be tried eventually? Surely the Spanish State will find something? If only they still had the Baltazar Garzón judge still in office, with his mantra of “everything is ETA”!

And concerning the two still in jail, who were denied access to solicitors for weeks and one of whom refused legal assistance of the Catalan movement, there is something of a smell about that whole business too. Was that guy an informer? Or one who was turned by threats or even worse? Why would he, as the State claims he did, admit to things that even the Court is now saying were not done nor going to be done? And was the code name of the police operation, “Judas”, though somewhat unimaginative, a clue?

Painting oppositional movements — especially those for national self-determination – as “terrorist” is an old game of the Spanish State, going right back to Franco’s regime (a bit ironical really since his regime was certainly terrorist). It was done with the Basques for decades, banning political parties, closing down social centres, banning newspapers, radio stations and social media pages. In fact, creating a climate of terror amongst Basque pro-independence activists of all types.

Of course, the Spanish State itself has been caught out in terrorism, even after the death of Franco, when the social-democratic PSOE government in the 1980s was running terrorist kidnap and murder gangs against the Basques, with Government Ministers, senior police and army officers instructing and paying hired assassins.

The great thing about the “terrorism” brush is that once the State and the media begin to paint oppositional people with it, all one sees of those sometimes troublesome liberals is dust-clouds as they depart at speed – and not by any means only in the Spanish state.

Maybe you can’t teach an old dog new tricks – but in the Spanish State, the old tricks are usually good enough.