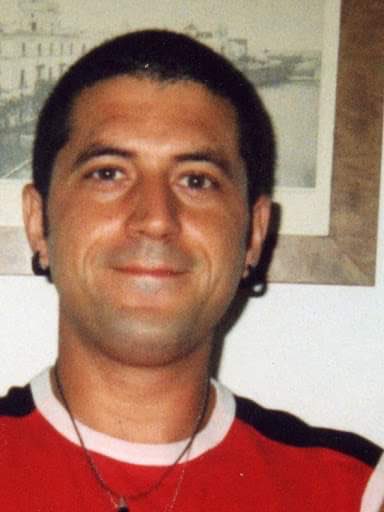 IN RESPONSE TO THE EPPK ATTACK ON THE PRO-AMNESTY MOVEMENT

Unfortunately, once again and contrary to what we would like, we are obliged to respond to an attack against our movement. On this occasion it has been the EPPK1 that, while applauding the institutional parties that are part of the system, has launched an attack against the popular movement in an attempt to damage what they do not control.

It does not go unnoticed that the day chosen to publish this attack is the Day of Mobilisations that we have called in support of Patxi Ruiz. In addition to being an electoral movement with its mind set on the elections, the EPPK note, written in one of the Sortu offices, aims to weaken today’s mobilisations. Despite referring to us, we interpret the fact that they do not mention the name of the Movement for Amnesty and Against Repression as a symptom of political weakness. It is our custom to say things more clearly than that. Nothing would call for such action but seeing that they stand to lose hegemony in the street, they act from their gut instead of their head.

We recall other similar attacks that, far from strengthening unity among prisoners, have served to divide the EPPK itself. For example, the false accusation leveled against our movement by prisoners who were being tried in the Paris Court in 2015, had the effect of causing four other prisoners with long sentences to separate themselves from the EPPK. All four publicly criticised it, and things like that should make those who plan these attacks reflect on the consequences that actions of this type have on those inside (including many of the EPPK).

Dealing with the content of today’s EPPK statement, the first thing we should highlight is its lack of rigor. They say that we have used Patxi’s dramatic situation to criticize Sortu, EH Bildu, Etxerat, EPPK and Sare. We must say that these groups are not the navel of the world and that we have put all our strength into Patxi. But in addition to that, we have not mentioned in any statement either the EPPK, or Etxerat or Sare.

We have mentioned EH Bildu and Sortu, always to respond to the accusations hurled by them against the Pro Amnesty and Against Repression Movement. Like the EPPK now, the previous two have accused us of pushing Patxi Ruiz towards his death and, in the face of such petty statements as these, our position will always be firm. We will not accept attacks of this kind in the difficult situation we are experiencing, and less so from those who think only of the elections. We will not admit it from those who have not said anything about Patxi until after ten days, except when it was to criticise the actions in his support.

The position of the Pro Amnesty and Against Repression Movement has been, from the outset, to prioritise Patxi’s life over anything else. For this, we have maintained direct contact with the group that acts as the family’s representative, with the lawyers and with a group of professionals who work in different fields of medicine and who advise us.

All the decisions that we have made in these hard times, including the political initiatives that we have promoted, have been made taking into account and following the advice of these three groups. We ask for respect and responsibility from Sortu and from all the organizations that move in its orbit, towards us, towards the aforementioned groups and above all towards Patxi, who is the one who makes the decision to continue with the hunger strike. Of course, we can assure that we will be supporting Patxi to make the decisions that he makes regarding this issue.

ATTITUDE OF THE PRISONERS IN MURCIA II

We must state that our movement has at no time made assessments of the personal attitudes of any member of the EPPK. We have not doubted the concern that the rest of the prisoners of Murcia II may have about Patxi’s situation. The Pro Amnesty Movement makes political evaluations and far from treating prisoners as if they were “unfortunates”, it treats them like the political militants they are.

For this reason, on May 20 we said that the fact that they had not moved in support of Patxi was a consequence of the “Basque Road to Peace” proposal by EH Bildu and Sortu. Specifically, we explained that entering the game of grade progressions2 left prisoners defenceless in prison, because if they took action they would lose the possibility of advancing in grades. To this we added that we have been warning about the consequences of this path for six years and that the only thing that confirms or denies theories is practice. This case confirms that our theory is correct, above opinions and objectively.

As a last point, it seems really audacios to say that if Patxi was taken to the hospital, it was because the members of the EPPK requested it from the prison management. Patxi was hospitalised on the eleventh day of the hunger and thirst strike, following kidney failure and following a judge’s order.

On the night of May 14th, Sortu contacted the Pro Amnesty and Against Repression Movement through an intermediary. Sortu offered us to take advantage “under the table” of some contacts it has in Madrid to change Patxi’s situation. According to what we were told, the movement should give them the “green light” for this. They suggested that with the activism we promote, we could be pushing Patxi to continue with the hunger and thirst strike.

The group that looks after Patxi’s situation evaluated ​​the proposal, consulted with those around them and drew conclusions: the first is that Patxi does not want something like this and that his will must be respected. The second is that the only reason for asking for a “green light” can be is that in return we request to stop the street actions. The third is that those who made us the offer (we know how to distinguish them from the party bases), more than for Patxi’s life, are concerned about the consequences that his death can cause in the political situation.

The day after receiving the proposal, we replied that if they have a real option to avoid Patxi’s death, they would not need anyone’s “green light” to take the necessary approaches. Despite the fact that they asked us for confidentiality, on May 19th EH Bildu made public through an electoral note that it had offered us its means to help resolve Patxi’s situation and the next day Sortu, in a note in the same vein, accused us of pushing Patxi towards his death. By making this contact public and making serious accusations, they showed that their only intention was “to get rid of the body on top of them.” We know how to maintain discretion and appreciate the help offered when it is sincere, but we will not allow manipulations tailored to anyone’s partisan interests.

In closing, we call on the Basque Country to continue supporting Patxi, to denounce the attacks against prisoners, and to continue pressing the fight for amnesty. Only the cessation of all kinds of oppression implicit in the political concept of amnesty will bring about a true peace based on justice. We are proud of the response given in Euskal Herria and of the internationalist support we have received.

Pro Amnesty and Against Repression Movement.

1Basque Political Prisoners’ Collective, part of the Abertzale Left movement following the political line of the official leadership. Currently the vast majority of the Basque political prisoners are following its general line although a number of male and female prisoners have broken ranks to take actions in solidarity with Patxi and a number of ex-prisoners have also published a statement in his support.

2The Spanish penal system applies one of a number of grades to prisoners, according to which the conditions of imprisonment and possibility of early release on parole are decided. Formerly the EEPK, in line with the official leadership of the Abertzale Left movement, the decision was to maintain an attitude of political opposition to the system and to take collective decisions. When the position of the leadership on the overall struggle changed, so too did the recommendations to the prisoners, which was now to respond to the prison system as individuals and progress through the grades in what would be considered ‘good behaviour’ by the authorities.

3 “The Land Where the People Speak Euskera” (Basque native language), the name for the entire Basque Country, north and south.