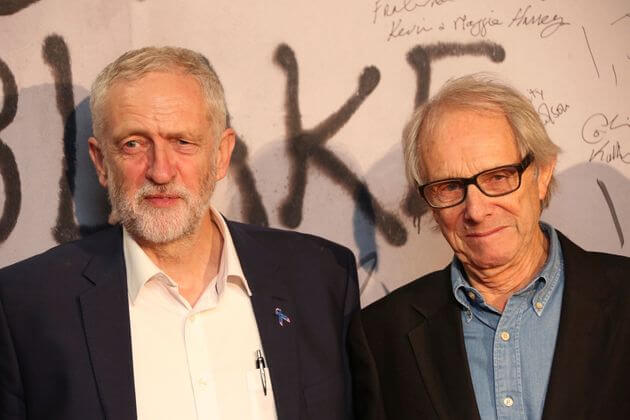 People who’ve been following the witch-hunts in the British Labour Party — or even just generally aware of them — have seen left-wingers like Jeremy Corbyn, the party’s elected leader, actually expelled. Though Corbett has now been allowed back in with his electoral wings clipped, others have been expelled, including left-wing film-maker Ken Loach. It is witch-hunting, a type of McCarthyist hounding in which victims must prove themselves innocent of anti-semitism, which turns out to be impossible. This is because the Zionists and their supporters have succeeded in making any attack on Israel or Zionism, a political target, correspond to anti-semitism, a religious-racist view. That is all wrong certainly but it is not the job of socialists nor of anti-imperialists to “save” or “democratise” the British Labour Party.

Lenin famously once advised British socialists to support the Labour Party “as a rope supports a hanging man”. He was saying that as Labour had never yet been in sole government, it was bound to carry the idealised hopes of many working people — therefore give them the opportunity to see it in action. Whether Lenin was correct in his advice to help get Labour into government or not (and not all revolutionary socialists agreed with him), Labour was in the coalition War Government in 1915-1918 and subsequently in the periods 1924, 1929, 1945-1950, 1964-1970, 1974-1977, 1997-2010. It has had plenty of opportunities to show its real nature and has done so.

However, over the years, radical social democrats and various Trotskyist trends, along with the old Communist Party of Great Britain, have sought to support the Labour Party, not by pulling the rope, kicking the chair or unlocking the scaffold trapdoor, but by desperately getting underneath the body and propping it up. General elections were replete with slogans from the Left exhorting us to elect Labour “under a socialist program”, “under Left pressure” and “with socialist demands” or even “internal democracy” (to give the entrists room to move).

Such demands and manoeuvrings are in complete contradiction to history or a basic socialist class analysis. Lenin was certainly correct when he analysed the Labour Party as fundamentally capitalist and imperialist and the party has obligingly gone on to vindicate that analysis both in and out of government. But how could it be otherwise? It is a capitalist imperialist class that runs the UK and a party truly representing the working class will not be permitted to take over except if the ruling class is overthrown in revolution.

And such attempts will be met with whatever force the ruling class has at its disposal. In the Hebrew-Christian creation myth, the originators of humanity are driven from Paradise by an angel with a flaming sword and apparently never try to get back in (not in this life anyway). It will certainly take a flaming sword to drive capitalism from its Paradise of exploitation of labour power but in fact its predicament then is worse than Adam and Eve’s — for to be barred from entry forever means its very extinction as a class.

This is all Basic Socialist Theory 101 and proven time and again by Modern Class History 101. And yet, people on the Left who can quote volumes of Marx, Lenin, Trotsky and even sometimes Bakunin, have somehow come out of those 101 courses with an entirely different understanding. And so time and time again, the hunt for the Left Messiah to lead the Labour Party and within, the gatherings of radical Leftists cliques, conspiring like the Christians in the Catacombs beneath Rome.

Just a moment’s review will show that at its first opportunity, Labour participated in management of the imperialist WWI which, by the way, included the murder of surrendered Irish insurgent leaders in 1916. The review will also reveal the agreement in the partition of Ireland in 1921, undermining of the 1926 UK General Strike, complicity in the anti-liberation wars in Persia (now Iraq), Egypt, Greece, Korea, Malaya, Cyprus, Kenya, Aden (now Yemen), Oman …. and participation in joint invasion or attacks on Libya, Iraq, Syria, Afghanistan. Not to mention being the party actually in Government when in 1969 it sent the troops in to quell the large oppressed Catholic minority in the Six Counties seeking civil rights.

Well, actually yes, let us mention it because that and its collusion with the Conservative government’s introduction of internment without trial in 1971 and subsequent massacres of protesters that year and in 1972 ratcheted up a cycle of violence that lasted three decades, with huge loss of human life among civilians, liberation fighters and its own soldiery and Loyalist auxiliaries.

The first anti-fascist fighter killed in Britain by police, by the way, Kevin Gately, was killed by mounted police in 1974 — under a Labour Government.

Those who really want an end to capitalism and imperialism — and the attendant racism — in Britain need to find a solution that does not involve electing a “Left Labour Government” or anything of that kind. We can argue and discuss what that solution might involve but one thing we should insist upon is that a “Left Labour Government” is not one of the options on the table for discussion. 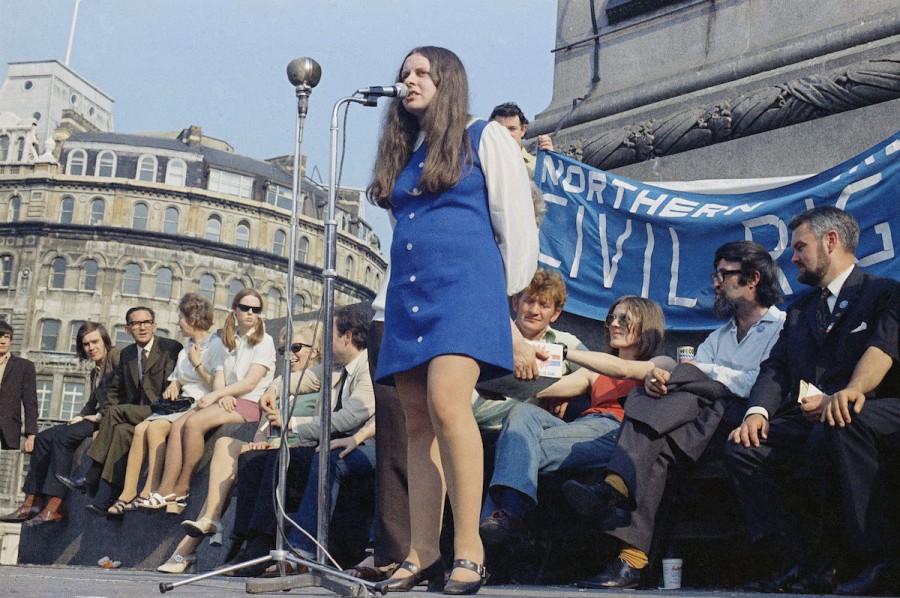 The right-wing patrician UStater William F Buckley (despite the Irish surname) and two dogs, one of them the imminently slappable racist Tory Roger Evans, take Bernadette Devlin (now Devlin-McAlliskey) on and she wipes the floor with them. She was a month short of 25 years of age when she sat this interview in late March 1972, without any notes to hand, keeping up with the arguments, never losing her temper, reeling off historical facts and financial figures. It was a stellar performance.

Even more remarkable, not two months had passed since the Paras had shot 26 unarmed marchers in Derry, murdering 14 men at a march she had herself attended and, though then an MP, she had been refused permission to speak on it in the House of Commons, while lies were being stated by people who had not been there. Also, her interview took place only a month after the travesty of an inquiry into the murder by Lord Widgery who completely exonerated the gunmen and their officers, maintaining they were acting in self-defence against all evidence except the soldiers’ and Widgery even claimed a march of at least 30,000 was at most around 3,000! It seems that there must’ve been an agreement not to mention Bloody Sunday, perhaps as a condition for the interview, otherwise what else can explain its omission?

Bernadette came out against the Good Friday Agreement when it was born, not pushing armed struggle as an alternative but stating that the GFA institutionalised sectarianism and because she accused the Provos of seeking alliances with the Right and capitalism rather than with the Left and the working class. She would have been a powerful voice against the GFA and could not be accused of being in a ‘dissident’ armed group but the British State held her daughter Roisin, who was pregnant, hostage and Bernadette stepped back from that issue. She was marginalised by the Republican movement in the 1970s and 80s, along with being shot 14 times in front of her children (her husband shot too) in 1981 and lost to us as a national leader again in the first decade of the GFA.

Watching this discussion brings back to mind all the economic and political issues that were around at the time, especially as Bernadette reels them off, many of them largely forgotten. All the fudges and lies of British governments avoiding doing anything fundamental to improve things even within an illegitimate colonial context.